Authenticity, relevancy, values – amid an era of technological disruption and changing business models, those were the ideas that came to the fore at Bloomberg Media’s second annual Global Leadership Breakfast during Advertising Week New York. 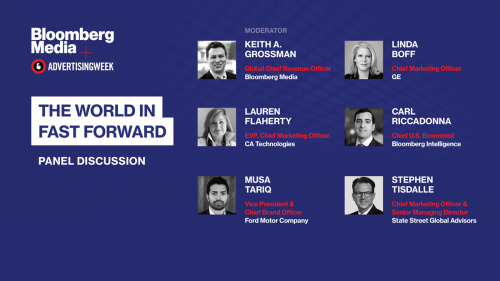 Bloomberg Intelligence Chief U.S. Economist Carl Riccadonna set the stage for the panel’s discussion with a briefing on macro-economic trends. The current economic cycle shows no sign of ending any time soon – but growth is just above what Riccadonna called “stall speed,” the point below which the economy could take a nose dive.

Most of that growth comes from consumer spending, he added – so whatever affects income in turn affects growth. New business creation is rising slowly; and employment has also risen, which could give incomes and growth rates a boost. 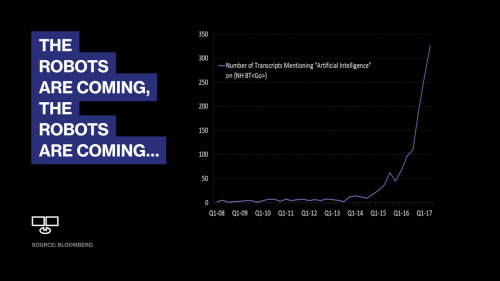 But changes driven by artificial intelligence (AI) are on the horizon: “we track mentions of the term by executives on company earnings calls,” said Riccadonna, “and it’s through the roof.”

Against that backdrop, the panel’s marketing leaders emphasized the need to deeply understand and live your brand’s values. “The greatest risk is not embracing who you are,” said GE’s Linda Boff. For GE, that means remaining true to a brand identity that stretches back to Thomas Edison – while taking action to express that in bold, unexpected ways. 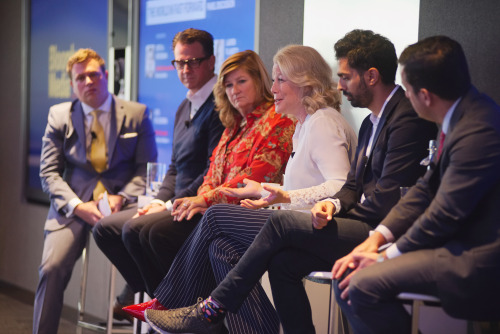 One way she and her team recently did just that was with “Balance the Equation,” an effort that both galvanized and celebrated GE’s commitment to increase the number of women employed in technical positions. A three-day installation at New York’s Grand Central Station projected the images and accomplishments of 12 female scientists and engineers as re-imagined stars on the station’s famed ceiling.

That started conversations – and made new connections for GE on a human-to-human level.  “You have to throw open a lot of doors,” said Boff. “Give people as many opportunities as you can to experience your brand, your values.” 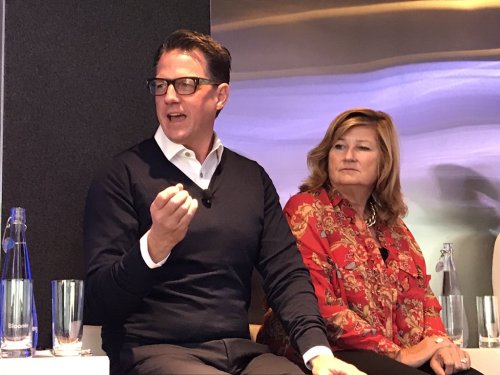 The need to make human connections applies across categories. Stephen Tisdalle of State Street Global Advisors pointed out the most people wouldn’t associate financial services marketing with emotional connection – and yet, he said, “money is a very emotional thing.”

“Fearless Girl,” the Wall Street statue created by SSGA that became a viral sensation, demonstrates that unequivocally. The extraordinary success of “Fearless Girl” is, like GE’s “Balance the Equation,” grounded in a core brand value, Tisdalle said. The company holds a deep-seated belief that “greater diversity of thought and leadership produces better returns over the long term,” he said. The statue embodies that idea, he added, in a way that is simultaneously bold and aspirational. 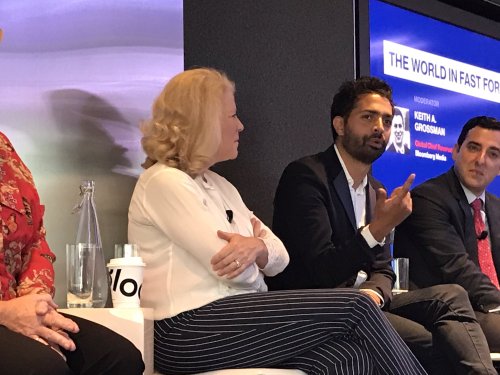 In the age of radical transparency fostered by mobile phones and social media, taking action that leads the way speaks louder than the words of more traditional marketing campaigns.

“You don’t own your brand anymore,” said Ford’s Musa Tariq. Conversations that influence the perception of a brand can begin in many different places, among many different constituencies. If you’re doing lots of things as a marketer, he added, you’re starting those conversations.

GE’s Linda Boff agreed. “If you’re doing it right, it’s out there, beyond your control,” she said. SSGA’s Tisdalle added that with the “Fearless Girl” campaign, “we let the technology do our marketing and communications for us – without planning any of it.”

According to Ford’s Tariq, the result is that every marketing organization now is structured a different way. “The tech is in place, the people are in place,” he said, “but I don’t think there’s a model. We’re all experimenting.” 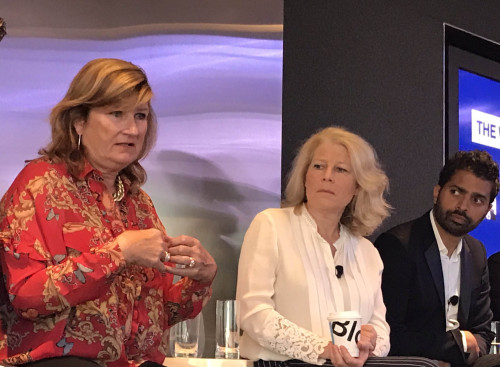 Reorienting toward values-based action, open communication and constant experimentation has revolutionized the role that marketing plays across organizations, said CA Technologies Lauren Flaherty. “It’s a more fun job, with a higher degree of accountability – and I don’t know a CMO who doesn’t want that,” she said. “We used to talk about activity. Now we can use data to talk about contributions.”

That change has made marketing integral to every part of the business, from product development to sales to human resources. It has also reset the agenda from what a business needs to what its customers need. “It’s ‘how am I helping you,’ not ‘how am I selling to you,’” Flaherty said.

SSGA’s Tisdalle shares that view. “You’re now Chief Relevancy Officer, not CMO,” he said. And that comes full circle, back to the way brands articulate and act on the values they hold. “If it’s not real on the inside,” said Flaherty, “it will never be real on the outside.”