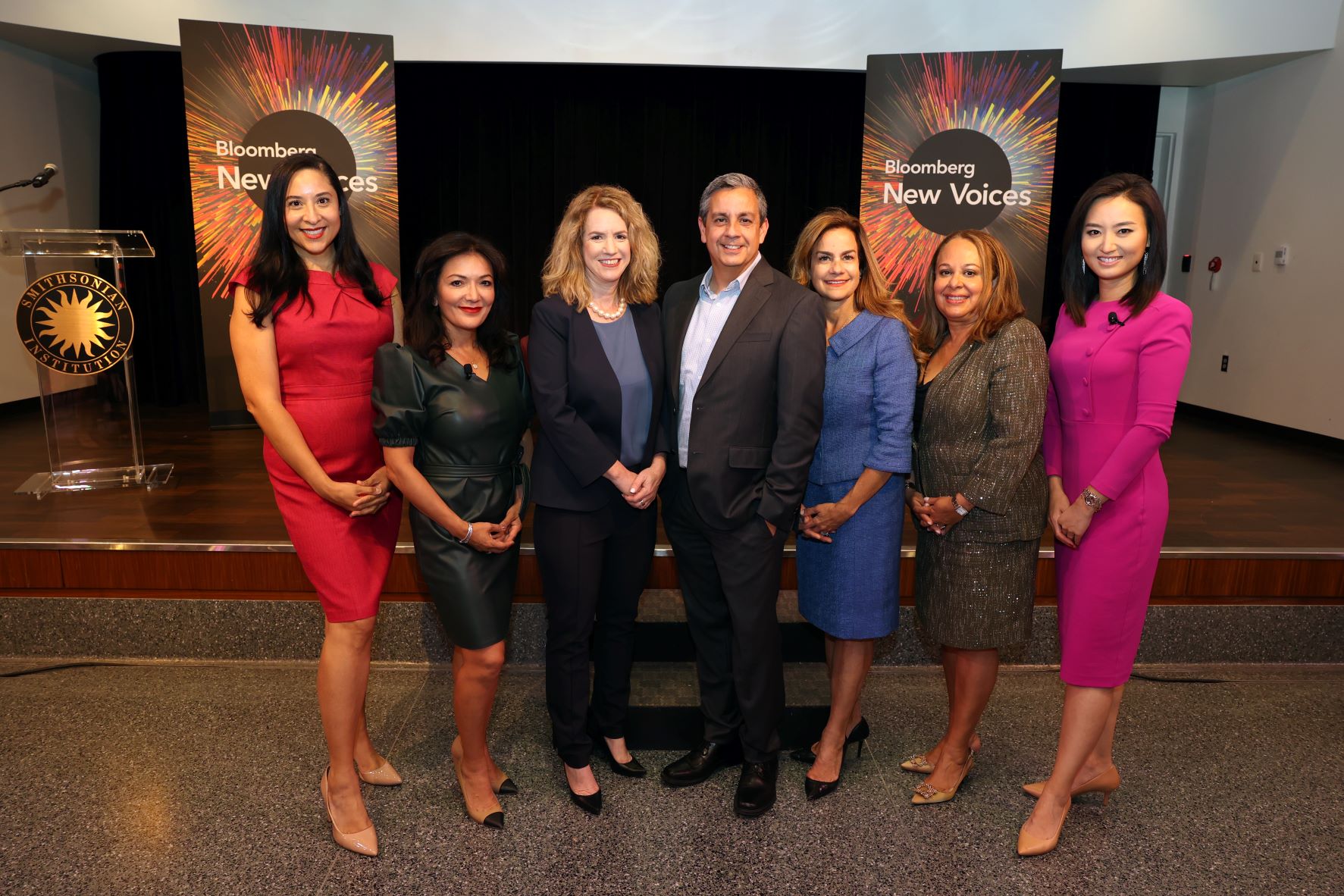 The Bloomberg New Voices program and Smithsonian American Women’s History Museum hosted Women in the Room: ¡Presente!, a celebration of the contributions U.S. Latinas have made to business, society, and culture. Bloomberg New Voices also launched its second year of media training for U.S. Latinx Executives during the event. The celebration was held at the  National Museum of American History in Washington, DC.

The New Voices program aims to increase the representation of women and minority executives in the media industry through Bloomberg-sponsored, one-on-one media training. The training prepares executives for interviews on Bloomberg TV and other outlets, to help diversify the guests appearing in Bloomberg’s reporting and on-air programming.

The event featured a panel conversation with Pinnacle Group CEO Nina Vaca, Morgan Stanley Managing Director Ileana Musa, and Angeles Investors co-founder Adela Cepeda on their outlook for the economy and supporting the next generation of Latina leaders.

Early in the panel discussion, Musa highlighted how her experiences in corporate America and having access to these spaces led her to uplift the next generation.  “I think for all of us that’s really important—which is how do we do more of what we’re doing, and as I always say, help the next generation do it in half the time,” said Musa.

As of the end of last year, the New Voices initiative has tripled the percentage of on-air female guests on Bloomberg TV to 30%. Since the initiative began, it has provided media training to more than 370 executives worldwide and created a global database of female sources that now totals more than 7,600.

“We have so many reasons to feel powerless and out of control in today’s world, but I am confident that together we can bring better and more inclusive representation to the financial media, and do it quickly,” said New Voices founder and Senior Executive Editor at Bloomberg, Laura Zelenko. “We are committed to this work, and we won’t stop until we get it right.”

See below to watch the replay of the event. To apply or nominate someone for the program, please click here.

The Women in the Room: ¡Presente!