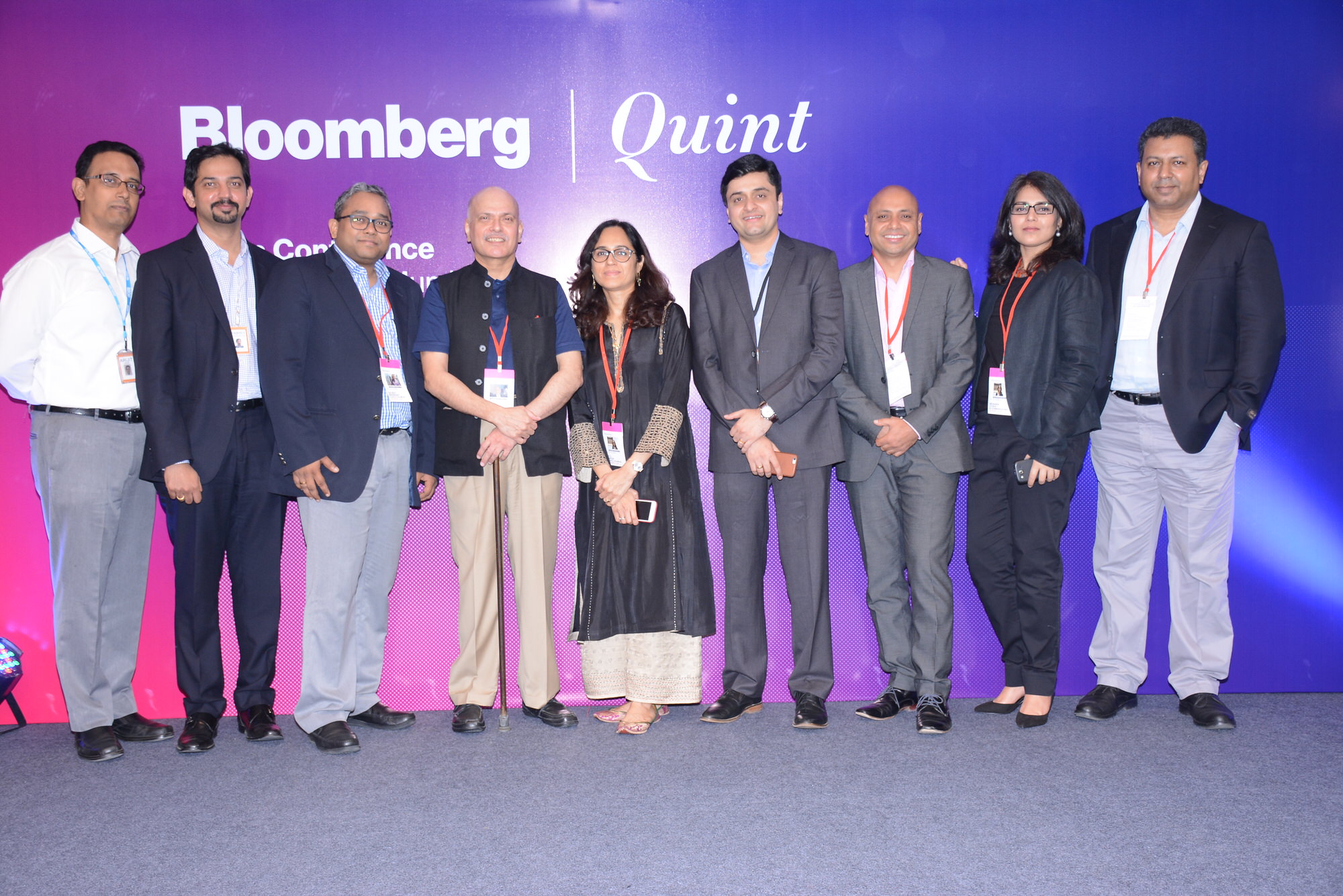 Mumbai –- Bloomberg Media today announced the formation of BloombergQuint, a new partnership in India with Quintillion Media, India’s digital news venture founded by serial entrepreneur Raghav Bahl. The partnership will cover broadcast, digital and live events across India, serving business and financial news to one of the fastest-growing economies in the world.

“At Bloomberg, we’ve set out to build the leading multi-platform global business and financial media company. Currently, almost half of our digital traffic comes from outside the United States and this figure continues to grow. Partnering with Quintillion Media in India is a game-changer for the country’s digital and broadcast media industries, and for Bloomberg Media globally as we take our investment to an exciting new phase,” said Justin B. Smith, Chief Executive Officer, Bloomberg Media. “It was clear when we met with Raghav that we shared a common vision to create India’s premier digitally-led multi-platform business media company.”

Raghav Bahl, founder of Quintillion Media, said, “The combination of Bloomberg Media with Quintillion Media is a powerful one. It will bring a completely new brand of journalism and media experience to India’s increasingly sophisticated business consumer. We will deliver content via technology in a digital-first model that will redefine this space.” 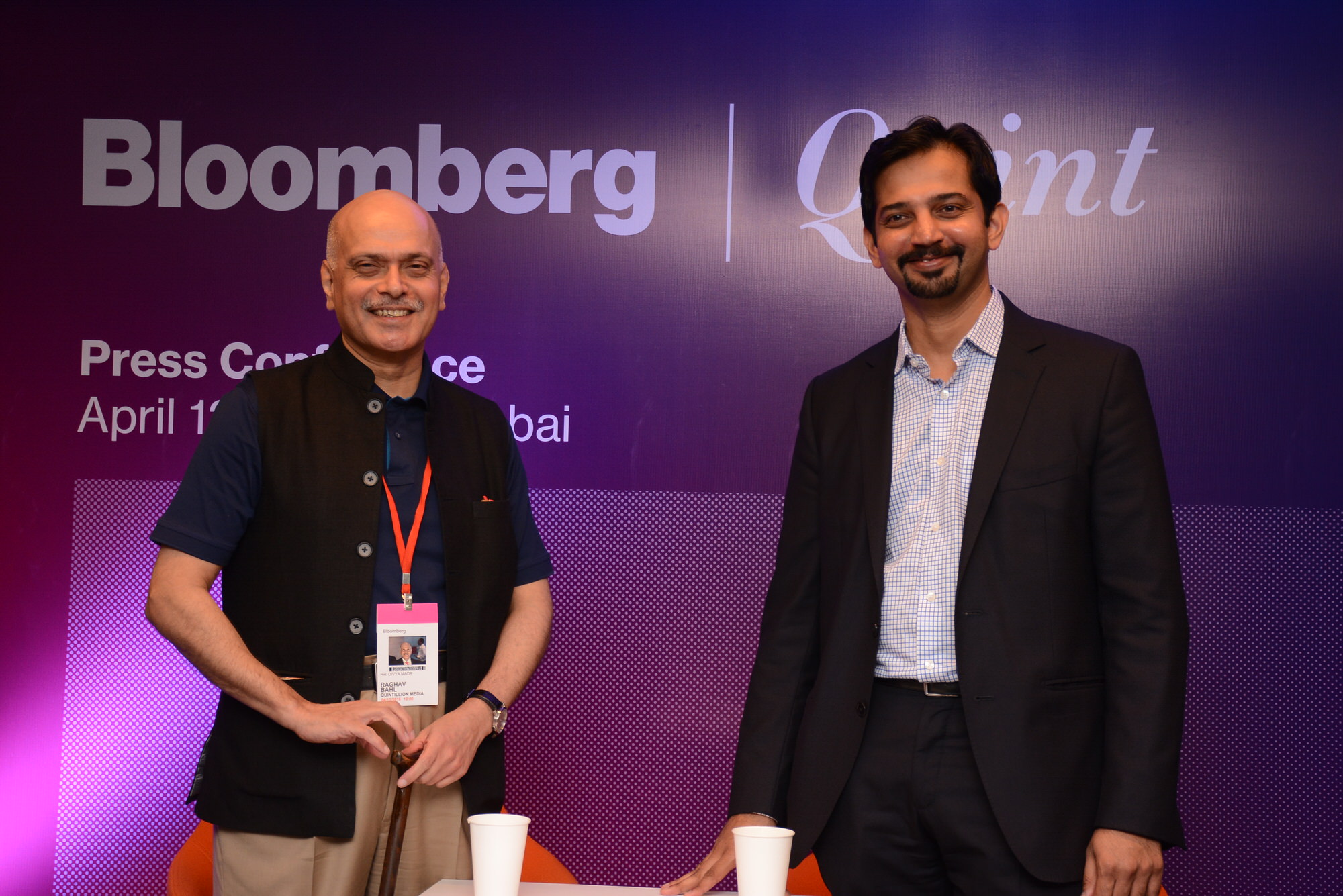 Parry Ravindranathan, Managing Director, Bloomberg Media International, added, “Raghav really pioneered the business news genre in broadcast and digital in India. If you combine that with Bloomberg’s deep experience and global leadership in business and financial news and data, this is a powerful combination — especially at this moment when global interest in India is at an all-time high. This also comes at a fortuitous time when Bloomberg celebrates 20 years in India. We will continue to break new ground and deliver great content in Asia’s fastest growing market.”

“As the fastest growing major economy in the world, India is one of the most important stories we are covering in Asia. I’m glad we are partnering with Raghav and his team who have deep experience reporting on India for the past two decades,” said David Merritt, Executive Editor for Asia Pacific, Bloomberg News.

Bloomberg Media is the consumer-facing media organization of Bloomberg L.P – the world’s leading multi-platform media company for business and finance, which draws on the editorial resources of 2,400 journalists in more than 150 bureaus in 73 countries. In Asia, Bloomberg Media is expanding and investing aggressively to deliver more relevant content to audiences across the region. The new partnership in India joins Bloomberg’s other local presences in the Philippines, Mongolia and Malaysia.

This year, Bloomberg launched its first regional homepage in Asia, forming a new team of digital editors based in Hong Kong to present news, video and feature stories tailored for a growing regional audience. Bloomberg is currently the leader in page views and video unique viewers among business news media in Asia. Recently, Bloomberg TV, available in 19 million homes across Asia Pacific, became the first business and finance channel to launch on HD in Asia. Also this year, Bloomberg Radio introduced four hours of daily programming in Asia.

About Bloomberg
Bloomberg, the global business and financial information and news leader, gives influential decision makers a critical edge by connecting them to a dynamic network of information, people and ideas. The company’s strength – delivering data, news and analytics through innovative technology, quickly and accurately – is at the core of the Bloomberg Professional service, which provides real time financial information to more than 327,000 subscribers globally. For more information, visit www.bloomberg.com/asia.

About Quintillion Media
Quintillion Media is India’s first truly diversified digital content company. Its flagship product is TheQuint.com in English and Hindi (hindi.thequint.com).  The Quint is media with intelligence; it is among India’s leading digital content platforms, as also among the fastest growing. The Quint is media for mobile consumption – quickly, visually and socially. A smooth blend of video, audio, graphics and text, The Quint offers a modern, sharp take on the world, and guides people through topics ranging from politics, policy and entertainment, to sports, business, food and everything else that matters. A compelling combo of content, tech and distribution, it is high-value digital journalism, storytelling, and advertising at scale.