Each school’s ranking is based on surveys of recruiters, alumni, and students, as well as recent graduates’ success at landing jobs and securing high starting wages. France-based INSEAD, formerly known as the Institut European d’Administration des Affaires, or European Institute of Business Administration, snagged the number-one spot thanks to its top ranking in surveys of employers and alumni, and a boost in its recent students’ ability to obtain jobs shortly after graduation.

Below are Bloomberg Businessweek’s 2017 top 20 full-time international MBA programs (with their 2016 rank):

Interactive tables allow readers to dig into data points for each school, ranging from pay growth (pre-MBA, first job, and after 6 to 8 years), job placement three months post-MBA, job locations for new graduates, and industries for new graduates. Another interactive chart shows exactly where each school ranked on each part of the ranking.

Bloomberg Businessweek’s ranking of full-time U.S. MBA programs is based on five components: (1) employer survey (35 percent of total score), in which more than 600 recruiters named the programs that best deliver the skills they seek in MBA hires; (2) alumni survey (30 percent), in which nearly 10,000 alumni who graduated from 2009 to 2011 told us how their MBAs affected their careers, their compensation over time, and their job satisfaction; (3) student survey (15 percent), in which 2017 graduates (9,461 responses) rated their programs; (4) job placement rate (10 percent), or how many MBAs seeking full-time jobs get them within three months of graduating; (5) starting salary (10 percent), or how much new MBAs make in their new jobs, adjusted for industry and regional variation. Data from the 2016 ranking were added to the survey components to diversify feedback.

Bloomberg Businessweek offers a global perspective, timely insights, and unique stories to a new breed of business leader who has an original vision for the future and a willingness to think differently. Founded in 1929, the magazine is a trusted market leader with a global circulation of 1.5 million and is available in more than 150 countries. Bloomberg Businessweek covers the business world like no one else can by drawing on more than 2,700 journalists and analysts in more than 120 countries. 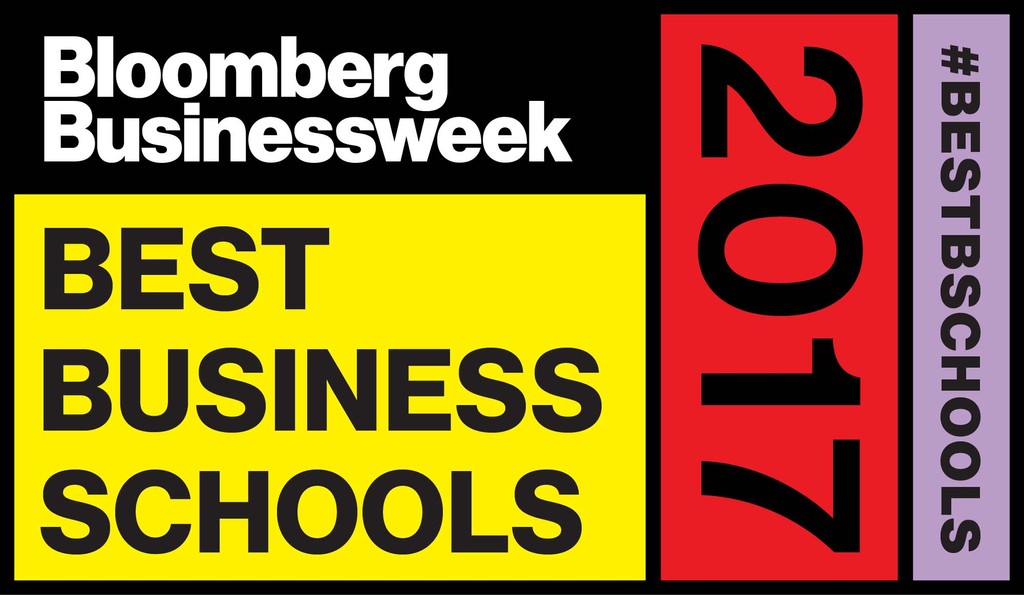