Day Zero, a Bloomberg Media Studios short film for health services client Optum, has been named an official selection at three prestigious film festivals this fall. They are the first times one of our films has been recognized alongside the best from Hollywood studios and independent filmmakers.

“This demonstrates the continued recognition that great content developed in conjunction with brands can provide the same emotional impact and authenticity as any content that would be shown on movie screens worldwide,” said Bloomberg Media Group Global Chief Revenue Officer Keith A. Grossman.

It tells the story of Patrick, a Delta Air Lines flight attendant who needs a new liver. He’s been told by doctors he’ll likely have to wait more than three years for a transplant in his home state of California, and may be too sick for a transplant when he gets to the top of the list. With help from Audrey, an RN transplant case manager for Optum, and the support of Ron, his husband and partner of 30+ years, Patrick finds life-saving treatment more than 2,000 miles away.

The film encouraged viewers to register to become an organ donor on the National Donate Life Registry, and donate money to make one transplant for life a reality with the American Society of Transplantation’s Power2Save. It is being honored for those efforts as one of the “Action Inspiring Art” films shown at the Napa Valley festival.

The festival selections come on the heels of a series of advertising awards for the film. It was named the Best Use of Video by the Native Advertising Institute’s Native Advertising Awards; the Best Use of Short-Form Nonfiction by the Adweek Arc Awards; and an official selection at the Brand Film Festival. It was also an official nominee in the Advertising, Media & PR: Branded Content: Health, Wellness, and Pharmaceutical category of the Webby Awards, which are considered the Internet’s highest honors.

The film was the first piece of custom content featured on Bloomberg’s Apple TV and Hulu channels, and was shown on the in-flight entertainment system of Delta Air Lines — including on flights crewed by Patrick.

Most importantly, it resonated with the audience Optum had targeted through Bloomberg.com, making it the most-viewed film in Bloomberg Media Studios’ history. 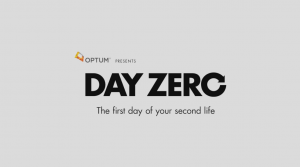