Before you change the world.
Bloomberg.

Bloomberg Media is for people who can change the world.

We see and feel this every day, as we come together across diverse experiences and professions in a collective effort to inform, inspire and empower modern leaders.

Now, we’re sharing this message far and wide through a large-scale global marketing campaign. Below, you’ll find more about the campaign, as well as a look at the modern leader’s perspective on changing the world.

We invite you to share your own perspective by clicking the link under our campaign research — and use the hashtag #ChangeTheWorld on your social channels to tell us what inspires you to make a positive impact.

“We want emerging and established business professionals around the world to understand how Bloomberg can feed their ambition to better themselves, their business, and the world at large. Our phenomenal growth reflects the new possibilities we’re powering for both our subscribers and our commercial partners — and there is so much more ahead of us.”

“In a noisy world, content that informs curious, ambitious, enterprising individuals has never been more essential. People want to feel prepared, not entertained. Our value to readers is anchored in the breadth of our coverage, the rapidity of our analysis, the diversity of our sources and the pioneering ways we connect them with all of this.”

“Times of significant global challenge need to be met with bold ambition and innovation. Our role at Bloomberg Media, and with this campaign specifically, is to provide the data and facts that empower leaders – from established decision-makers to young, hungry entrepreneurs – who want to define and create their own impact.”

The Modern Leader’s Perspective on Changing the World

Along with our campaign creative, we fielded new research that sheds light on how leaders feel about what it means to change the world, what it takes to do so — and who is leading the way. The Bloomberg Media #ChangetheWorld Report 2022 surveyed 1,000 modern leaders across the top 10 U.S. DMAs just as omicron began disrupting the world yet again, offering timely intelligence.

Highlights from the #ChangetheWorld research report show that:

80% of modern leaders say it’s important for them to play a role in changing the world but the definition of “changing the world” varies across generations. Boomers, for example, define it as contributing small actions while Millennials define it as making a positive impact at work and Gen Z as solving a global challenge.

Environmental, Social, and Governance (ESG) is top of mind for modern leaders, ranking ESG solutions as the most impactful change we can make in the world. With #1: being cleaning earth’s water, #2:, reversing global warming and #3: eradicating racial injustice.

Millennials feel more prepared than any other generation to change the world.

East coast lags behind the West and South in feeling more prepared to change the world, with Los Angeles feeling the most prepared, followed by Dallas, Atlanta and Houston.

Your turn: Let us know your perspective on changing the world.

Q: Many news media organizations focus more on qualities like credibility, trust, and fact when they talk about themselves in the marketplace. Why did we take a different route?

A. Obviously we believe we are more neutral and more trustworthy than others! But yes, a lot of our competitors are saying “believe us, we’re more credible” — and that frankly, that seems like table stakes. What we wanted to do was focus on this modern leader audience, and respect the advertising and marketing truths about them, which is that they don’t want to be sold to. They want to understand what they’re participating in. We wanted to start a conversation with them, about what we have for them — data, insight, inspiration — and to do that in a way that is first and foremost to help them as an individual succeed.

That success could be in the office, but it could also be as a green consumer, it could be as a parent, it could be so many other things. Our mission is to arm them for that success, however they define it. It’s about them as the protagonist in the story, not us. We’re not just publishing content. We’re taking the role of ally.

Q. We based this campaign on a lot of prior research into this audience, and defining the modern leader. Who is that person, and how do we as a company think about helping them get ahead?

A. What’s interesting about our audience is that while they span ages, sectors and gender, what unifies them is that they’re in positions of power wherever they are in their personal and professional lives. And an underlying motivation for anyone in that position is to change the world.

That could be a small act, like making their office a place that colleagues want to be. It could be trying to change local or public legislation. Or it could be something world-changing, like the CEO of CVS banning cigarette sales a few years ago. It can take many forms. But the underlying psychographic motivator of everyone who is a modern leader is that ambition to make a change.

We wanted to speak to that, and show them how Bloomberg can help achieve that. There’s a whole lot of other things we could talk about! But this idea goes across everything we do, from the newsroom to product and licensing teams to commercial sales. Whatever that positive change you want to make is, we can help you make it happen.

Q. And that’s what led to the choice to make Bloomberg a verb in the tagline?

A: Yes! Before you change the world, period. Bloomberg, period. That’s a very small detail, but it’s important, because it underscores how far we are from the more traditional, passive-oriented knowledge other media organizations provide. When you think about our data journalism, our data visualizations, all the tools we provide, we are really providing active utility.

This is also why we fielded the #ChangeTheWorld Report. We wanted to get out there and talk to the modern leader and really understand what changing the world means to them. What was inspiring to us was that we did see that a lot of these groups do think of data and knowledge as being critical drivers to helping them feel like they’re prepared to change the world. That affirmed the campaign, and affirmed our position that we can help them figure out how to change the world for the better.

The campaign was created using a deliberately global, virtual process, from the first creative pitch to our location shoot in Budapest, Hungary. Our team used this location to represent modern cities worldwide, as well as different times of day and even different weather. Then, video graphics were overlaid to bring the power of our content to life in a unique way.

The result is messaging that connects with audiences where they are, leaning into social, video and audio. There’s motion in almost all of our campaign assets, even those that will appear in out-of-home settings such as Grand Central Station in New York. 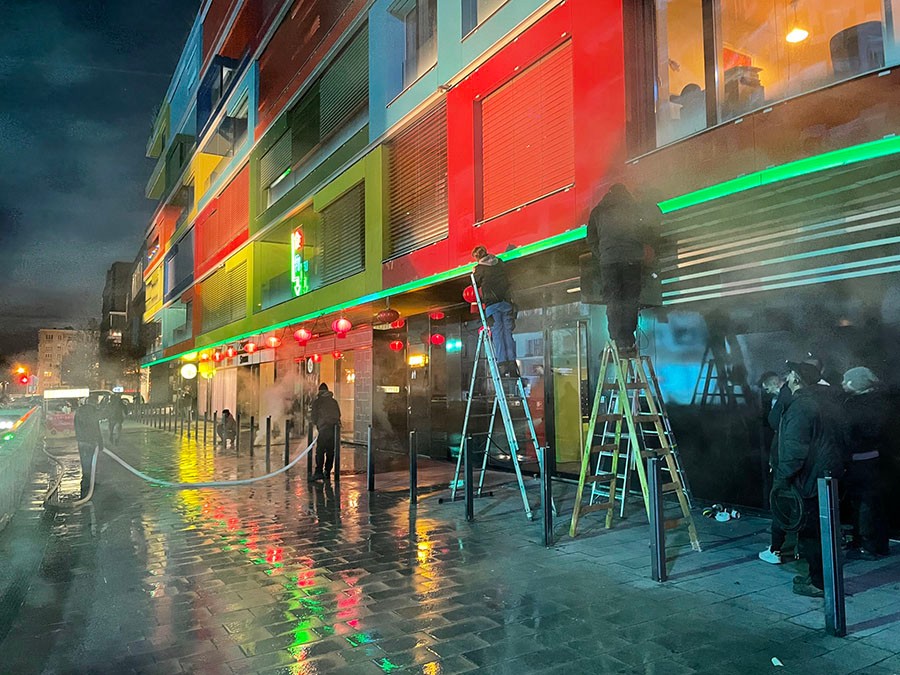 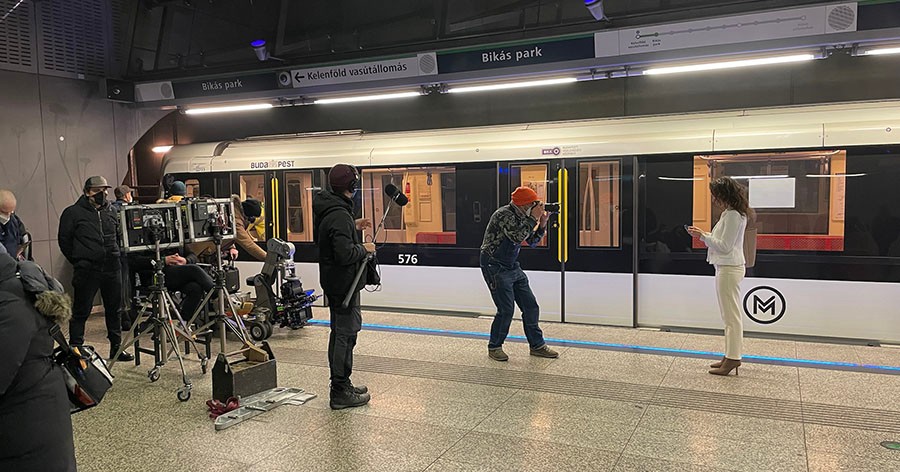 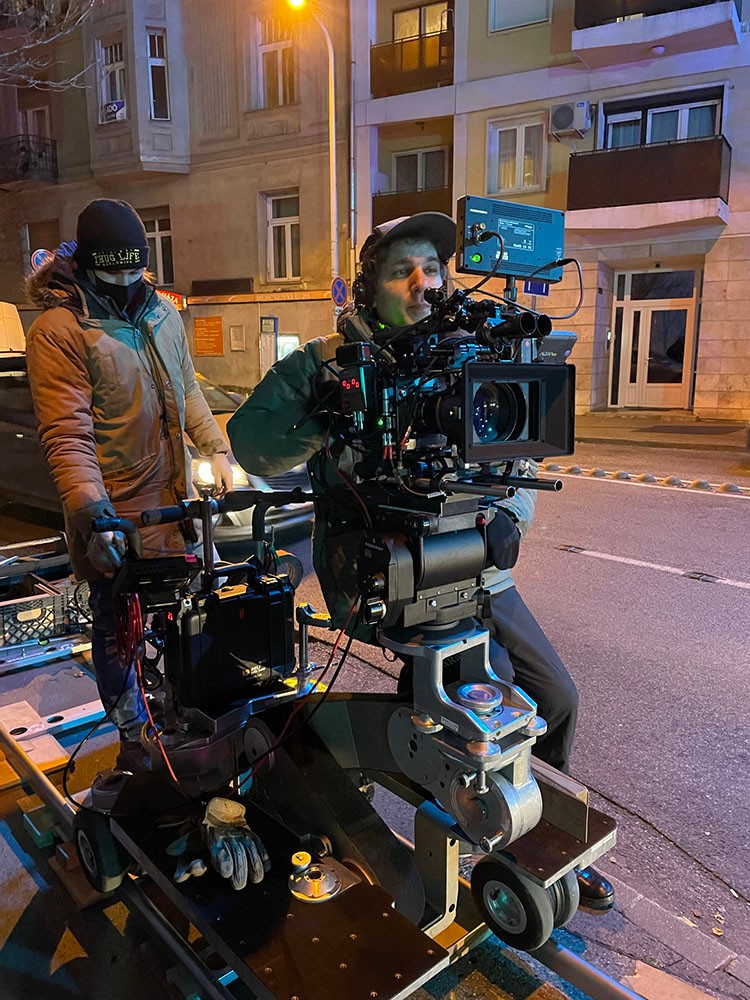 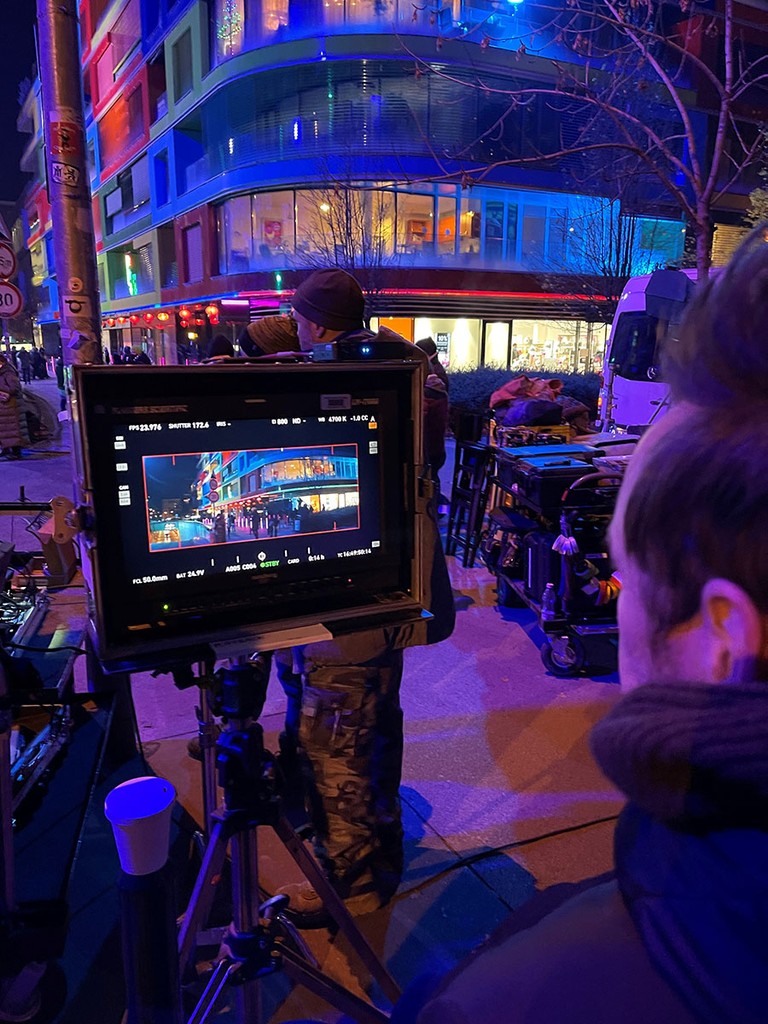 “Before You Change the World encapsulates how we connect modern leaders with transformative insight where, when and how they need us. Our data experts, world-class engineers and digital video gurus create innovative tools and experiences for both an expanding subscriber audience and the millions of consumers engaging with our Quicktake content.”

“Each day Bloomberg Media inspires our global audience of modern leaders to change the world. Through this campaign we are excited to let millions more change-makers know how Bloomberg media can also inspire them, while building upon the powerful resources Bloomberg Media provides our advertising partners to grow their businesses.”